My Father, An Unusual Man. ~ The Grace Between

My Father, An Unusual Man.

{Most of you know this already, but my father, David Anthony Maddox, passed away on February 13, 2021. Below is a slightly edited version of the remarks I made at his funeral. I can’t bring myself to say anymore.}

I’ve thought about this moment many times. I’m a storyteller like my daddy was and I’ve rewritten this speech in my head time and again. I thought I knew what I would tell you.

The stories he told us define our family.  As a child, I believed he was a giant. And he was, a large man with a loud voice who drew all the air in a room right into his lungs until you were drawn in by the sheer force of his presence. He loved it. 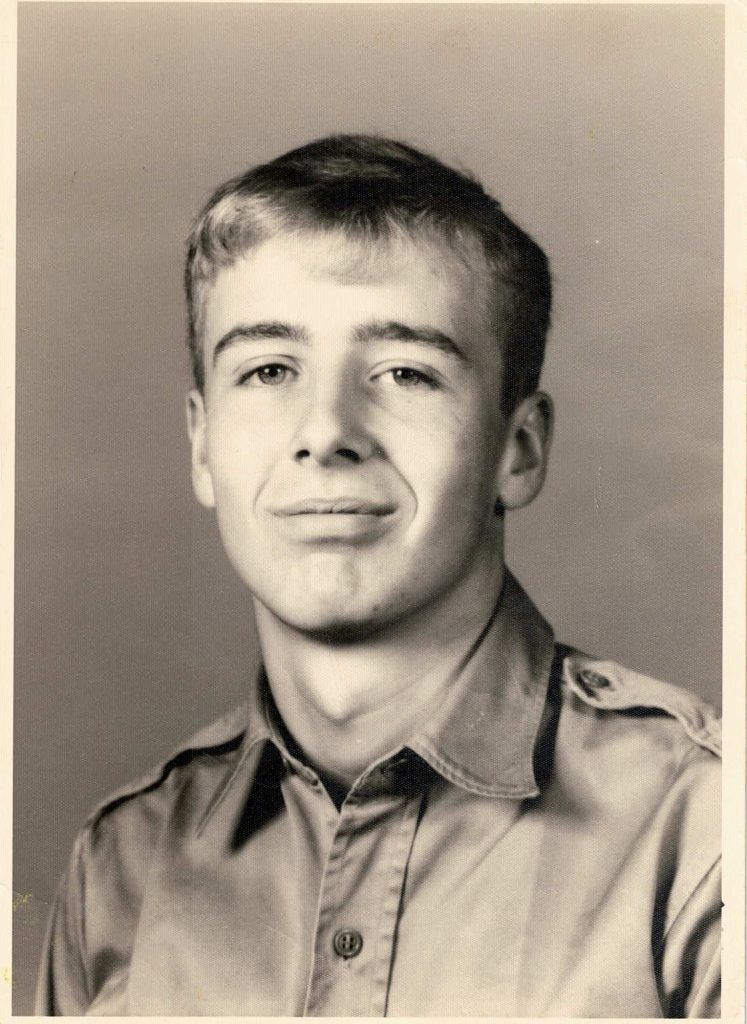 After quitting high school and lying about his age to join the Air Force, he managed to land in France, at age 19. Dad fought through Vietnam as an air rescue medic and traveled the world, picking up a handful of languages along the way. The last count, he was fluent in French and Arabic, plus parts and pieces of Vietnamese, Russian, Spanish, Japanese, and probably more we don’t know of. He had an insatiable thirst for books, beauty, music, experiences, weaponry, adventure, and people of any race, age, nationality, or station in life. He jumped from airplanes, rappelled off mountains, and was an avid caver. He was a lion of a man, living in each moment with passion, humor, and wit.

For all the attention he swallowed up, there were stories he didn’t tell. Not at first. The reasons his ceiling fan would wake him at night, sweating adrenaline, how he mistook it for the helicopter blades that carried him in and out of harm’s way. Why he hated balloons, and how he involuntarily reached for an invisible gun when one would pop in his vicinity. Why he spoke Arabic fluently (Still don’t know where he learned it) And he would use that Arabic in my gym in Virginia to befriend the pool attendant and afterward, kiss him on both cheeks in the traditional Arabic goodbye. That man told me later that no one in America had ever shown him such respect.

So I thought I knew the stories I would tell you. I was emphatic that you couldn’t know him the way we knew him, our hero with clay feet, and it was my job to make you know. What being his children was like. The nicknames he had for us. A man who would carry babies in his lab coat pocket around the hospital, babies whose families left them because they were too hard to love. The man squeezed another man’s heart in his fist in an elevator to keep him alive until they could get him an operating room. 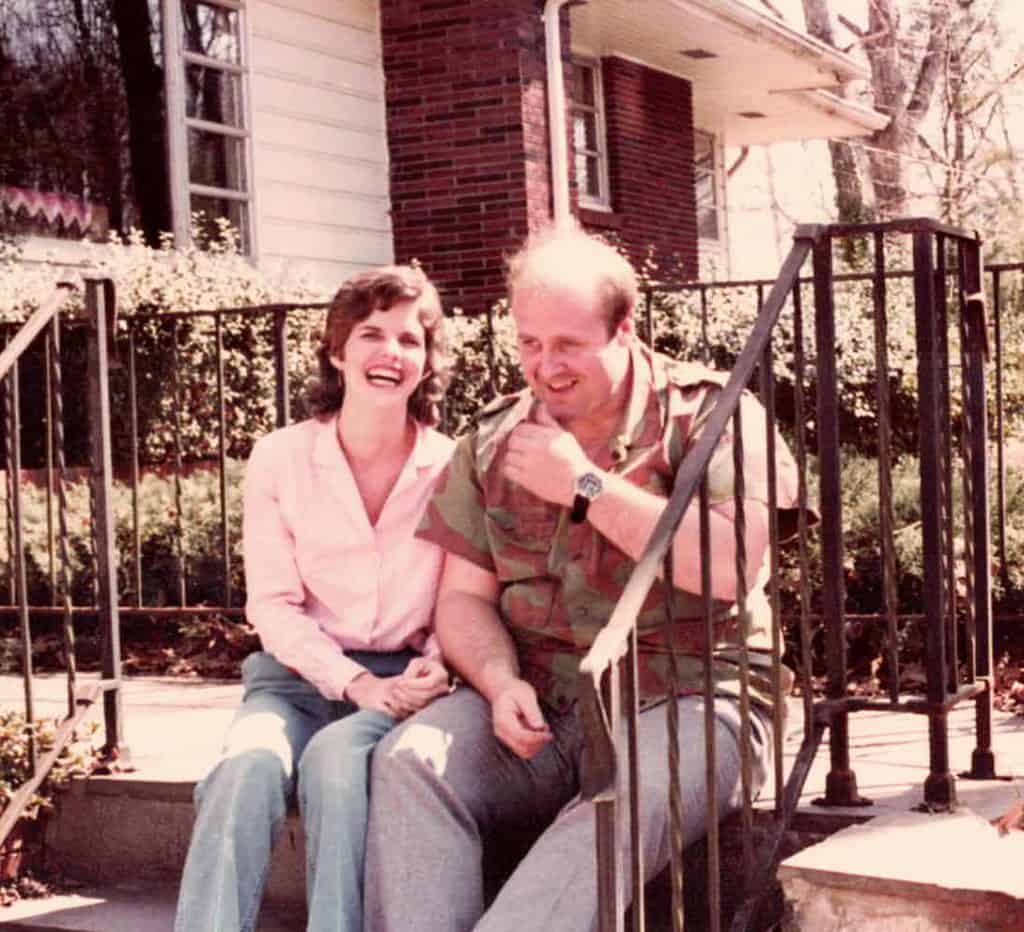 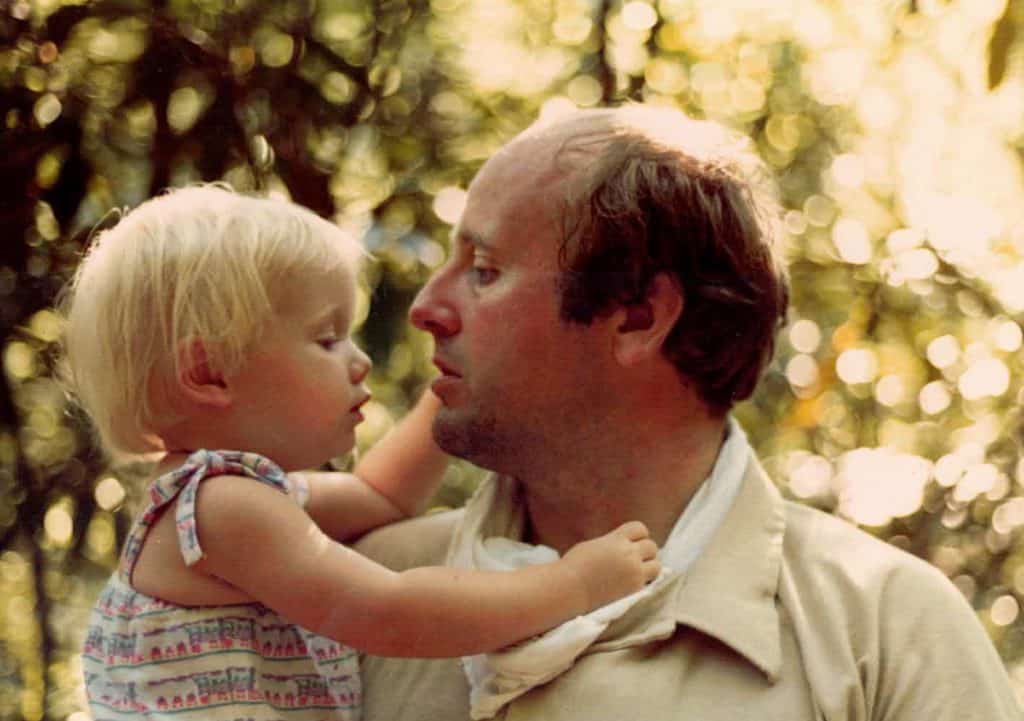 Once he laid down next to a dying girl, riding the gurney into the operating room because there was no room for the equipment, the gurney and him in the hallway and by God, he wasn’t leaving her alone. As they rolled away, him on one side, the nurse on the other, he looked up from her tangled web of tubing and gave her mother the okay sign. She believed him because my dad was the kind of guy you believe in, and she signed it right back to him. That same girl’s father told her doctor that he knew she would love because Dad treated her like she was his daughter too. 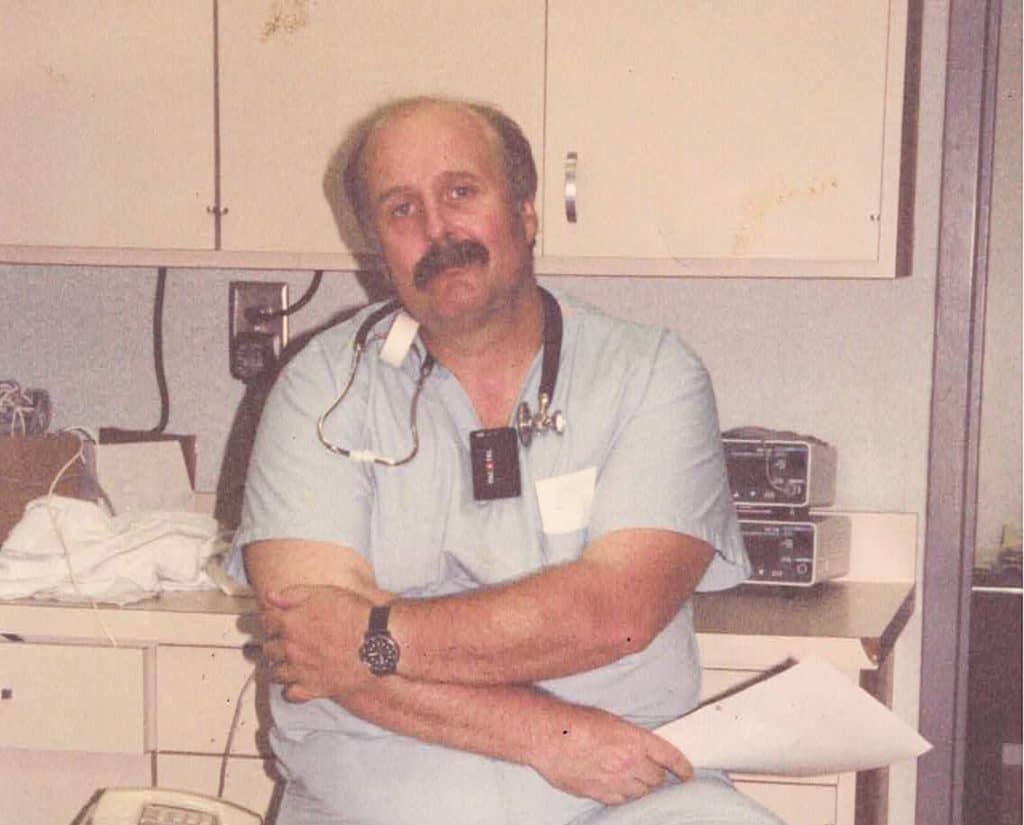 The man who would drive all over the foothills of North Georgia day or night 365 days of the year to care for the sick and dying. We shared him with a lot of people. And he didn’t just tune up their oxygen tanks. He hugged them, he saw them. For some, it was the only time they were treated as equals.

When I was nine years old he threw me off my first mountain. I was terrified of heights, but if our family had a motto, it was no wimps allowed. He did that to me and my sisters fairly often-roped us to him and tossed us over the edge. Cliffs, rooftops, didn’t matter. He was our rock. Those are the things I would tell you. But.

It turns out, you did know him. In the immediate hours and days after my daddy went home, the messages, stories, and calls started to pour in. From the sweet babies at Westminster who my Dad would play tea party with. From my friends, and my sisters’ friends, who had all been the recipients of his generosity, booming voice, and big hugs. He helped to raise a whole generation in this town. More than one person told us he saved their life.

All of his sons and one of his daughters served in the military, plus those who were brothers and sons in arms, if not by blood. My brother {Army}. My husband {Army}. Me {Army}. His son-in-law {Navy}. His nephew {Army}.

His best friend’s son {Marines}, who said of my dad, “This legend of a man was one of the most influential people in my life.” My husband, the love of my life, had a bond with my father that I didn’t even have, forged in the heat and horror of war.

But we in it {this world} shall be remembered-we few, we happy few, we band of brothers; for he today that sheds his blood with me shall be my brother. ~ Henry V, Shakespeare

But this alone is not the sum of a man. Affectionately known as Papa Bear, he would tell you himself he considered his greatest accomplishment to be his children and grandchildren. And truly, loving us well was his greatest gift. From the friends he’s known a lifetime, and the friends he’s known for a moment, to a person, they talked of how he loved them relentlessly. 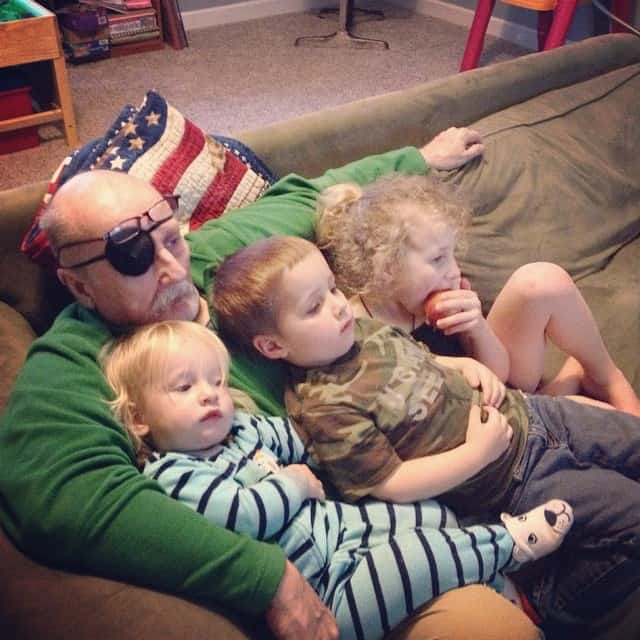 His grandson told his mother right afterward that he hoped he would grow up to be as unusual as Papa. And my father was certainly an unusual man. We are all a little surprised he didn’t go out in a blaze of glory. But in the end, he was happy. He spent days calling his friends and family, then he closed his eyes and went to sleep with his beloved wife nearby. A peaceful, ordinary ending to a truly extraordinary life.

He wasn’t given to flowery spiritual talk, but when asked how confidant he was of heaven, he responded this way: My Lord tells me that if I believe in him, I will be in heaven with Him. I have to believe that’s true. What more can I do?

He was a lion of a man, and you did know him. And by sharing him with us, you’ve given us the gift of the rest of his story. And we will spend the rest of our lives telling it to each other, a story of love, loyalty, and of a laying down of life so that we all may live.

~Your Molly Wolly Dooley All Day 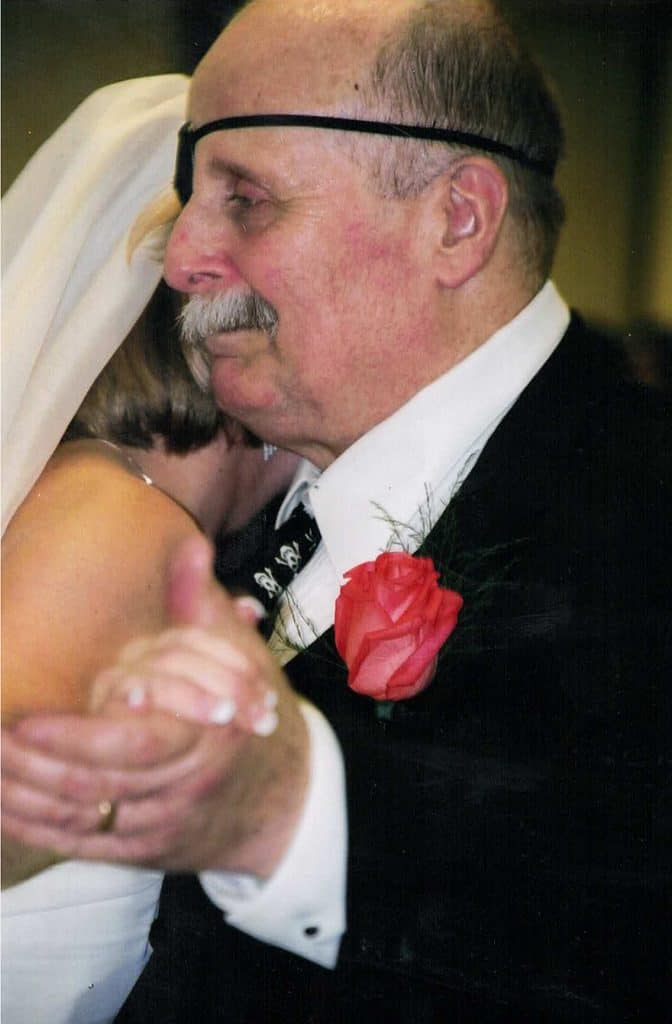 * Dad worked tirelessly his entire adult life to help repatriate the remains of missing Vietnam POW and MIA soldiers in honor of his boyhood friend MAJ Bobby M. Jones. In lieu of flowers, memorial donations in memory of my father can be made to The National League of POW/MIA Families or Operation Kingpin: 27 Minutes at Son Tay, a documentary film project and first-person account of the planning and execution of a never before attempted POW rescue mission into the heart of North Vietnam.