To The Military Spouse ~ The Grace Between

To The Military Spouse

For the military spouse.

Monday night was spent saying goodbye to old and new friends. They are moving on, to parts west and far east of here and it’s got me thinking about my people. We’ve landed here in the woods of Northern Virginia close to a year now and still the moving is hard.

And truth be told, this girl is tired. So tired. And we are at the tail end of a weighty two weeks and I look around for my people and I realize that while most of them aren’t here in the suburbs of DC, they ARE kind of everywhere else.

And it’s gratitude and grace to be lifted up from California to Georgia, and all points in between.

This Army life is achingly difficult. But it can be a gift when you allow it, populated by the women and men who pay a price without ever donning a uniform. Today, I want to honor you, my fellow military spouses. You who are brave, and vulnerable, you who plant perennials, investing in people for a moment to last a lifetime. You, whom for freedom costs a different price. You, who lift me up.

Camp followers. Army wives (and husbands!!). Household 6-and all the other nicknames they’ve assigned us over the years-some of them not so nice!

The 5 am coffee makers, and the ship waver-offers, and you who slog your way to the post office twice monthly to send him his favorite barbecue sauce and the extra xbox controllers and a stack of drawings from the seven year old.

The stoic ones and the hot teary messes (THIS GIRL).

Yes, I’m talking to you, the temporary single parent, and the frazzled momma at the grocery store in her yoga pants, who may not have showered in days and just fed her children bologna straight out of the package. (DON’T JUDGE ME!)

Or worse, you who want nothing more than to be a mom but can’t seem to get pregnant because it’s impossible to do even just a little bit of life together.

Or you there, who dusts off your resume and starts job hunting again, because we go where they go, which isn’t always where the jobs go. And my Guard people-who are foreigners at home, a military spouse a long way from a military town.

We don’t wear the rank and we didn’t slog through the mud in basic training. Most of us, anyways, but we sure are putting our families on the line and you try telling me when my seven year old was sobbing for her daddy that we don’t sacrifice for freedom. 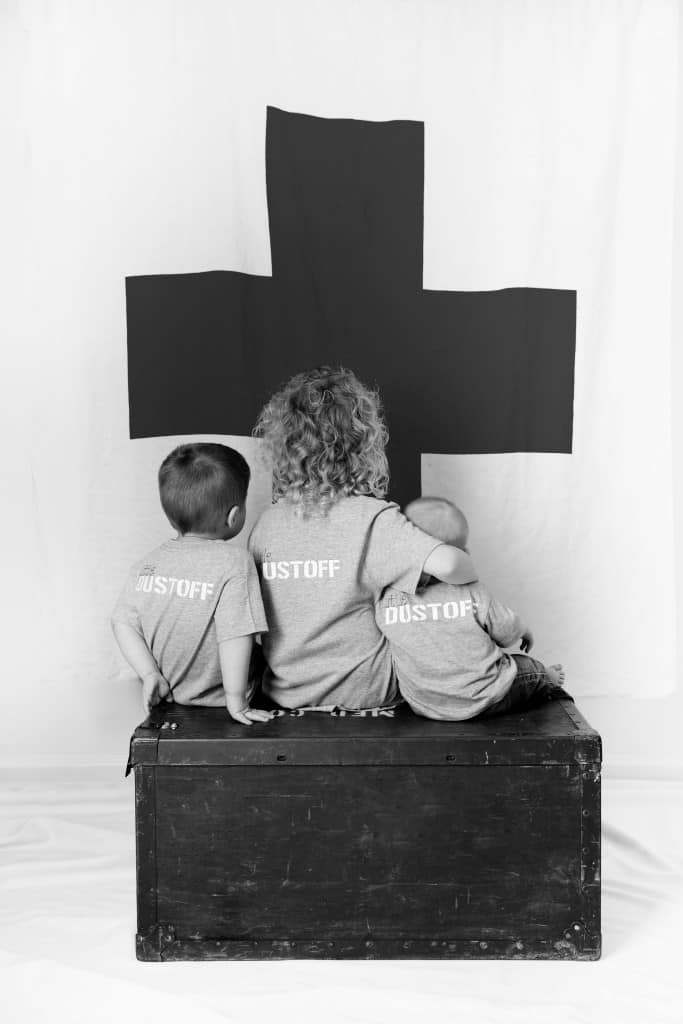 And I bet a fair number of us could pack a duffel bag like a professional. We’ve been sending them off to war for a good twelve years now.

I used to demure and say we aren’t brave, it’s just a life, etc. And still, I won’t go shouting from the roof tops, “Look at me!”

But you? That’s another story.

You ARE brave, and oh, do you sacrifice. And eyes open or squeezed tight shut, you stand with your Soldier. 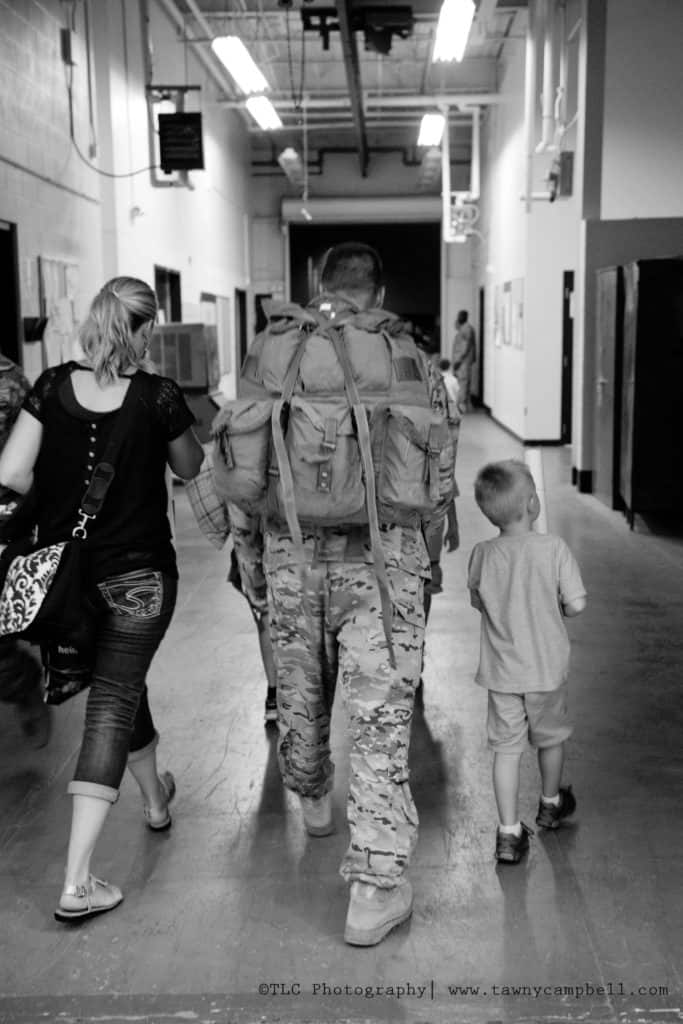 My dear friend and her family, homecoming 2014. Photo courtesy of TLC Photography.

“But Ruth said, “Do not urge me to leave you or to return from following you. For where you go I will go, and where you lodge I will lodge. Your people shall be my people, and your God my God.” ~ Ruth 1:16

Ruth is committing to the family of her husband in this passage, but the idea here, to be a family wherever we land … well, it fits, it does. I mean, it’s almost like, well, you know, OUR WEDDING VOWS.

And we make a life, and a home in clapboard boxes and dilapidated base housing. We make a life in the suburbs, and in the big city. Year in, year out. And yes, most of my furniture is neutral because you never know what the walls will look like in the next place, and I scratch my decorating itch with a never ending supply of accent pillows. And at the end of the day, month, or year, we made a home … and next year we will pack it up and do it all over again.

This life, it doesn’t define us. We claim citizenship in a heavenly kingdom and hold fast to the power of the gospel and our identity as a new creation in Christ.

But there are camouflage shapes carved out of my heart  and it’s okay to say that the carving hurt, and we sacrificed to get them.

Ecclesiastes tells us, “A person standing alone can be attacked and defeated, but two can stand back-to-back and conquer. Three are even better, for a triple-braided cord is not easily broken.”

One commentary (Gill’s Bible Exposition) breaks it down for us like this.

“If a family, community, city, or kingdom, are divided against themselves, they cannot stand; but, if united, in all probability nothing can hurt them.”

Be brave. Be proud. Bear one another up. Us camp followers need to stick together.

Thank you for bearing me up, now and for always.

P.S. Eagle Dustoff women, you remain among those I was most fortunate to know and love.

(A version of this post originally appeared on Christian Military Wives).