The Five Stages of Grief ~ The Grace Between

The Five Stages of Grief

No matter what there is to say about grief, it’s already been said. Still, this is new for us, so I am going to repeat them all.

The Five Stages of Grief

The first week after dad died, I was mostly numb, definitely in denial. We coordinated family and friends to come in the middle of the storm of the century. We made decisions and YouTube links and slideshows, we bought suits and chose music and went through his mysterious top drawer, laughing and crying at what we found. Among my favorites include a groin protector body armor piece with scribbles all over it, his treasured beret with jump wings, a worn-out picture of his girls from my sister’s wedding that he carried in his wallet, and a rubber glove full of empty bullet casings.

When one of us would slip, the others would lean in to pick up the thread. {The great comfort in all of this is the ever-deepening connection I have with my sisters and my brother}. But mostly, I was all business.

I’m nothing if not good at compartmentalizing.

Because when I slowed down, the realness of it was too much. We always joked that my dad would survive the apocalypse, and the only thing left would be rats, roaches, twinkies, and Dad. What started as a protective measure every time he got a little sick rapidly evolved into legend, part of the mythological tales he’d been spinning his whole life. Except his tales were just true enough to keep us on the line, so why wouldn’t this be true too?

We tricked ourselves into believing he would live forever, even as we paid lip service to the facts of life.

So when my sister called me in shock, I wasn’t ready. I just kept repeating over and over, “I’m not ready. I’m not ready.” I just … refused to believe it. Even as I looked at his hands in the funeral home, the hands that held us all for a lifetime, the hands that threw us off roofs and into the air, I couldn’t believe it. Even as we said goodbyes and read eulogies and shared memories, I spun and spun, making sure I never slowed enough to make it real. 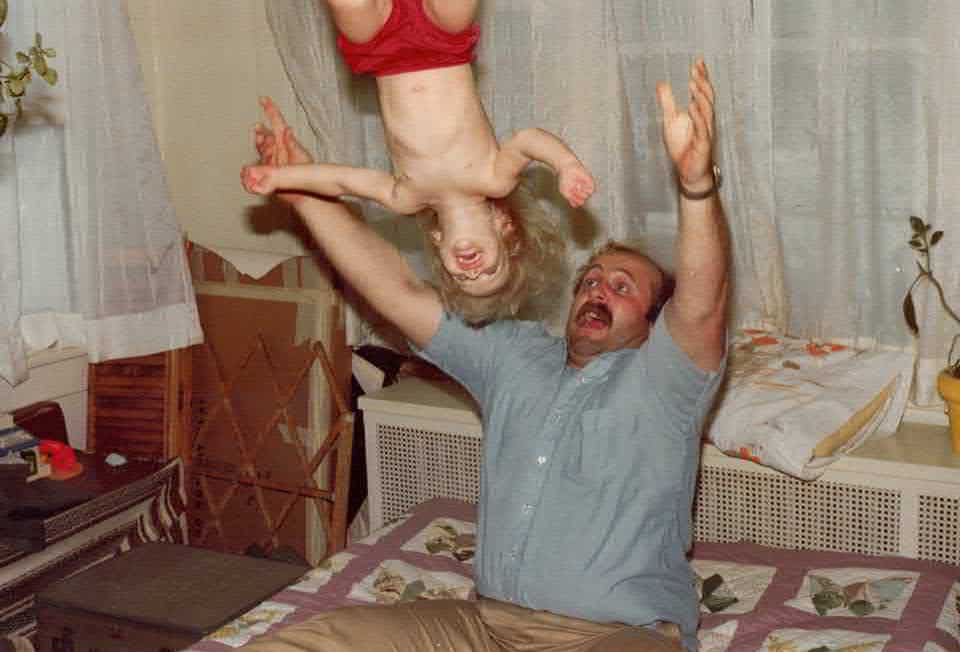 The next week, we buried him. And the night before they folded the flag, with taps trailing off in the breeze, I stopped spinning.

{On a lighter note, in what can only be the epic final footnote to a life like no other, Dad was, in fact, late to his own burial}

We gathered in the foothills of the Blue Ridge Mountains, always close to the mountains, on a hilly plot of land cradling the bodies of soldiers who served spanning centuries. The tombstones dress right dress even in death, whitewashed testaments to both service and sacrifice. We laughed because that’s what we do. We made jokes because that’s also what we do. And we repeated our goodbyes. For a few hours in the sunshine and the trees, I skipped right through to acceptance, at peace on hallowed ground.

See, I’m cycling backward and around through the stages of grief because here’s something I’ve learned in this lifetime …. They don’t ever actually end, and they sure don’t come in order. Nothing about death is orderly. 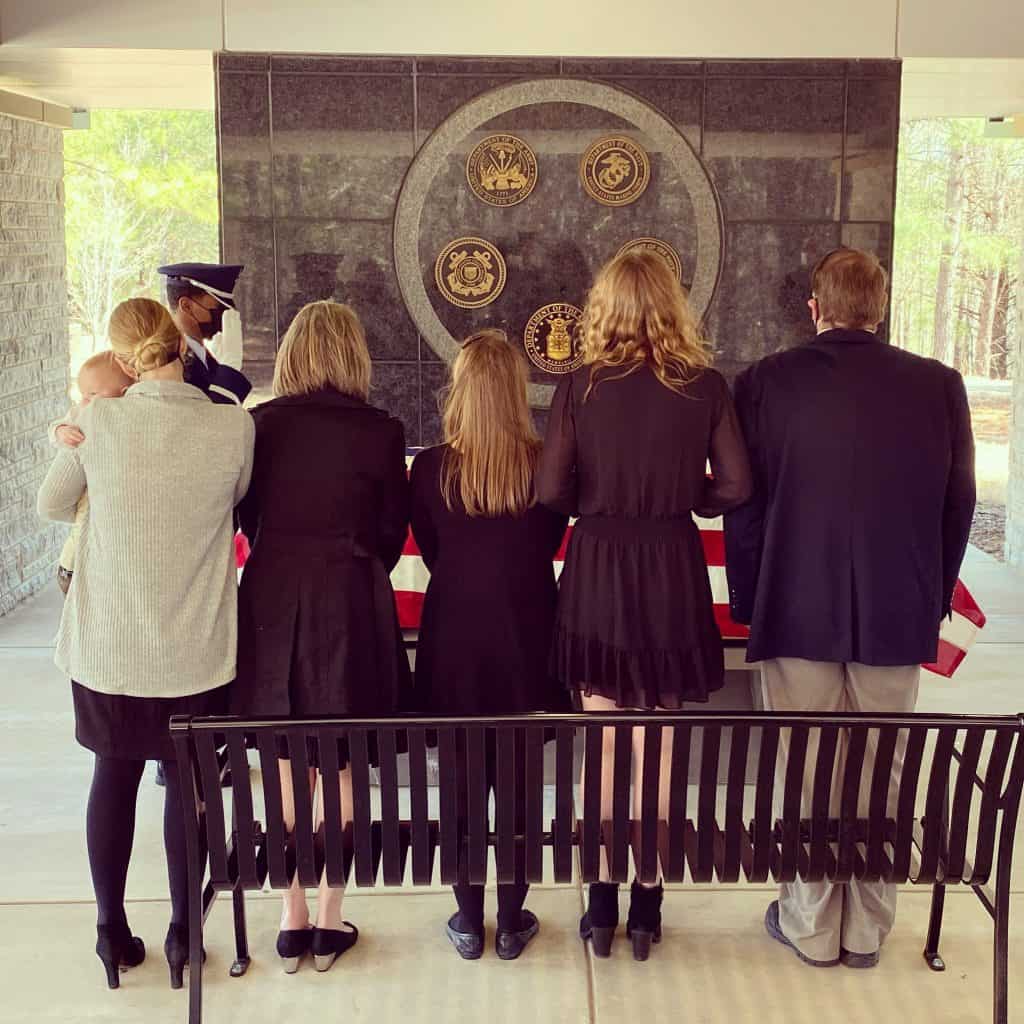 It’s week three now. Now I’m mad. I’m mad because I wasn’t ready. Mad because I know I’m supposed to be rejoicing, mad at myself because Dad’s not in pain anymore but selfishly, I want him here. There is unfinished business here, things I need to say again, maybe even things we never said at all, and one very chunky grandbaby I needed him to meet.

I know the last thing I said to him was I love you because I always said I love you when he called me on the phone, but I’m mad that I can’t remember what I said before that. I’m angry because life doesn’t stop spinning even when we want it to, when these threads in our story are clipped, big loud threads that wove through every bit of who we were and who we are now. Threads I see repeated in his grandchildren, colorful legacies of love, courage, and generosity.

I want to start every conversation with “My dad died.” So maybe you’ll know why I am spinning slightly off-kilter, off-course, why I am mad that everyone gets to go on about their business around me while I shout, “My dad died.”

{Truth be told, we are all spinning off-kilter from the past year, and I know many of you who’ve walked this particular sort of pain, the pain of losing a parent. Many of you who’ve reached out with the utmost tenderness and care, binding up fresh wounds with your particular prayers. Maybe one day I will be you, but right now, I am just selfish and sad. And mad.}

At the burial, our pastor read from 2 Corinthians 5:1-8

“For we know that if the tent that is our earthly home is destroyed, we have a building from God, a house not made with hands, eternal in the heavens. For in this tent we groan, longing to put on our heavenly dwelling, if indeed by putting it on we may not be found naked. For while we are still in this tent, we groan, being burdened—not that we would be unclothed, but that we would be further clothed, so that what is mortal may be swallowed up by life. He who has prepared us for this very thing is God, who has given us the Spirit as a guarantee.

It was the perfect postscript to an incredible life full of stories told by the most incredible man, a man who is now experiencing the greatest Story of all. We know it must be very Good. And down to my bones, I believe it to be true.

But it’s also true that as I write this from my tricolor couch, covered in dog hair, baby drool, and mismatched slipcovers, my head says be of good courage but my heart just says I’m mad.