(For the beginning of the story, read part 1 and part 2.)

Shaping my trajectory was a deep, abiding love for all things aviation.

Top Gun was largely to blame for this.

I was eight, rattling around my great-grandmother’s basement with my cousins during our family reunion. I was the odd one out-not old enough for the double digit crowd, but way too mature for the six year olds, obviously. In the melee, my older sister and cousins managed to get away with watching Top Gun with minimal adult supervision. I was gleefully banished from the viewing by my know-it-all big sister who was aware of certain adult content and not particularly willing to risk parental wrath. But she was too late.

The opening notes of Danger Zone and two minutes of mock dogfighting and I was instantly and hopelessly in love with airplanes.

I remember, around the age of ten, standing in the shadowy aisles of the mall toy store, agonizing between the shelves full of Hello Kitty toys and the siren call of metal jets. Spending money was a luxury I didn’t often have-this was a decision not to be taken lightly. I knew what I wanted, but I knew what my friends all had too, and it was so very pink. My favorite color was blue.

So I walked out into the fluorescent walkway defiant, gripping the patriotic themed package of fighter planes tight.

I told my mother I would be either be a pilot or an Olympic Gold medalist when I grew up. She believed them both to be equal in the statistical likelihood of me achieving either one. (Very, very small.) She would find me standing in our living room loft, sweat dripping onto the dingy blue carpet from the gymnastics routines I choreographed to her 1950s rock and roll records-arms flung high-receiving my Olympic medal to the thrilling accompaniment of the Top Gun theme song.

It was inevitable, really.

When at the age of seventeen, I was faced with the daunting prospect of paying for college, joining the Army National Guard was a financial life preserver, buoyed up by an ocean of patriotism, a deep and abiding empathy for those who had served and sacrifice, and all of it scored by the Top Gun soundtrack. 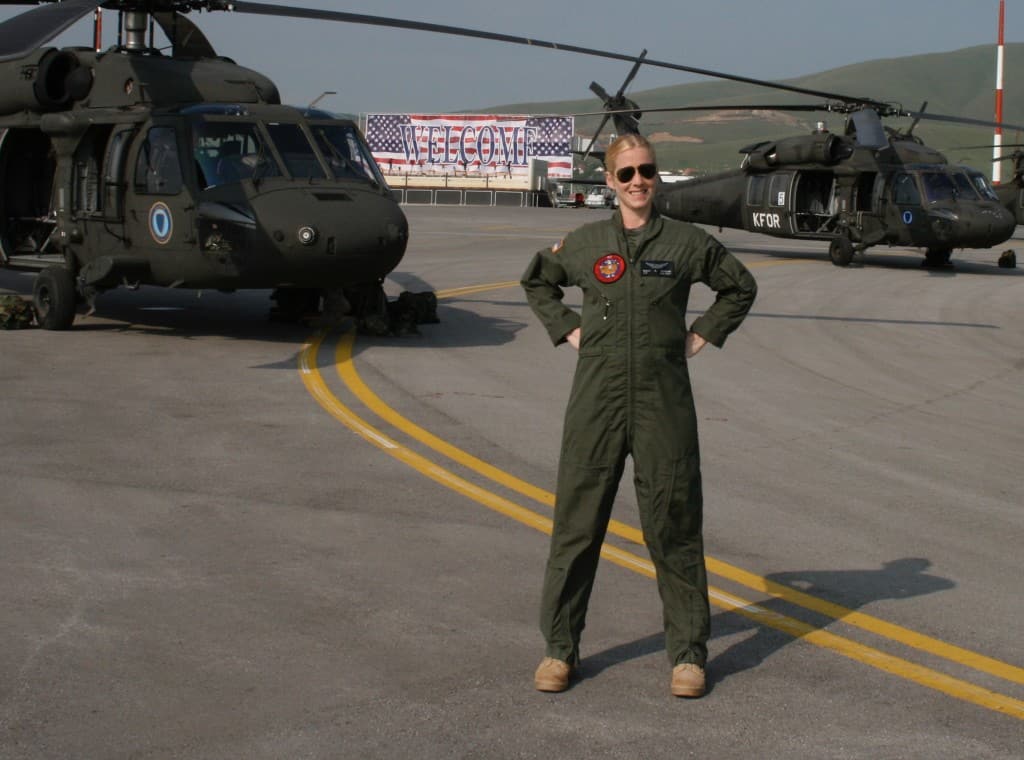 And so my story began. I accidentally became a helicopter weapons mechanic. I slogged my way through college in three and a half years. I waded through a year of Officer Candidate school and six months later my roommate and I walked through the doors of my Fort Rucker classroom and met my future husband for the first time. I believe I acted like an idiot.

But that, my friends, is a story for another day.